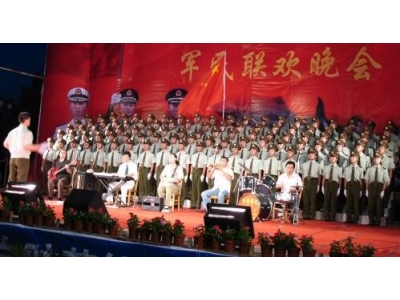 Thinuna IP broadcast system successfully applied to XX garrison office building. It is known to all that national defense is the cornerstone of the security of a country. After being tested and tested by Party A, experts and third parties, the broadcast and broadcasting service of Voice and Honolulu has successfully served the office building of XX Garrison Command.

Garrison area of the radio functions are daily broadcast background music, paging service broadcast, scheduled broadcast, fire radio and the military emergency broadcast and other functions. Garrison has stringent requirements for broadcast capabilities and performance, and in broadcasting program design we meet all customer needs.

The IP-9600 series broadcast system completely solved the problems of poor sound quality, complicated maintenance and management, lack of interactivity and so on in the traditional broadcast system. The system equipment is simple to use and easy to install and extend. Only the audio terminal can be connected to the computer network to form a powerful digital broadcasting system.

The Thinuna IP-9600 broadcast system comes with its own device fault detection capability and unique offline capabilities to meet the performance requirements of the military for safe, stable operation of broadcast equipment around the clock.

WS-105 wall speakers and other equipment

The system meets the troops regularly scheduled broadcast and background music broadcast, to achieve multi-branch military unit control and permission to control functions, radio sub-control stations to carry out paging intercom work. The system can be configured with a variety of emergency voice trigger to meet the multi-level emergency broadcast requirements of the army, each level of emergency broadcast can respond to different broadcast ringtones.